UK students living in the EU: up the creek without a paddle

UK students living in the Netherlands feel stranded due to Brexit. Words such as university, student, academic or science do not appear in the 585-page draft deal between the EU and the UK

Tucked away in the northern Netherlands, the university city of Groningen feels like a Disneyland of cozy streets, hipster cafes and bicycles with students, constituting over half the population.The youngest town in the Netherlands will quickly make you feel sheltered from all global predicament.

However, this does not apply to the holders of UK passports. Picturesque canals and shabby-chic bikes will not provide comfort to those affected by the Brexit “piss take”, put eloquently by Alistair, one of the many Brits seeking Dutch refuge from high tuition fees in the UK.

It has been almost three years since the continuous vote and British students living outside of the UK are growing increasingly repulsed as they watch this political spectacle unfold from a distance.

Alistair, originally from North Yorkshire, has been living in the Netherlands for six years. He rolls his eyes as I ask him about Brexit.  “We have had three years of well.. nothing” he says.  Alistair Like many British students is now reconsidering whether to return to the UK, while others there have already made up their mind against it.

“Being British was a part of my identity. That has changed as I watch the country fragment and crumble into Godknowswhat” says Emily, 23, who came to the Netherlands to gain international experience and avoid high tuition fees.

“I used to call myself English. Now I consider myself British and, much more often, European” says Euan, 26, who came to the Netherlands alongside his friend Alistair. It took him just a year or two before identifying himself as fully European.

The number of British students in Netherlands has risen by 50% since 2015, with the country’s tempting offers of relative proximity to the UK, low tuition fees, and an array of study programs offered in English act as a big draws for students. Euan says he would recommend this move to everyone, “especially those who are scared and stuck living on an island. It makes you realize that, apart from the language we speak, we are all the same”.

Yet, he and others who have exchanged their British identity for a European one are becoming increasingly confronted with how the remainder of their “Britishness ” is received throughout Europe.

Alistair worries that if Brits are so determined to get rid of immigrants, how will EU citizens respond to UK members living abroad? He finds it hard to stomach that a country he was once proud of is devolving into an elitist nationalist culture of people thinking thy are better than the rest.

“I considered the UK for work, now I do not feel welcome as immigration was one of the major arguments pro-leave arguments. ” says Marah, a phd student from Germany.  She is sad to think that Britain is so keen to leave a union that has successfully ensured peace within Europe after the catastrophes of world war II.

Many European students, including Euan and Alistair, embrace values which directly contradict everything that leaving the EU stands for, feeling “uncomfortable and disgusted” with what is happening back ‘home’.

In an attempt to provide some comfort, the website of the University of Groningen created a “Brexit” section, aiming to inform students about the recent developments with regards to their future status. However, its only intelligible message is that the impact of Brexit on UK students at the university remains unclear.

“Words such as university, student, academic or science do not appear in the 585-page draft deal between EU and the UK that the British Parliament rejected on January 15!” Making Alistair and others feel like they are up a creek without a paddle.

Scottish Independence is as reckless as Brexit 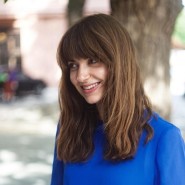 My background in social psychology fuels my curiosity in people. My aim is to make scientific language accessible to all: give me analogies and speak to me as if you were speaking to a golden retriever. Looking for editorial/media work in Edinburgh/Glasgow area. annakmer@gmail.com

Time is running out to put conviction before career

Deported Windrush victims are the only ones not to blame