Jihadi Jack, Tommy Robinson and the mob takeover of our legal system

The recent incarceration of Tommy Robinson and the decision to strip suspected terrorists Jack Letts and Shamima Begum of their citizenship may have fallen from the public gaze, but the legal precedents they leave behind could have severe ramifications for all of us for many years to come.

Robinson was not tried in front of a jury, and Letts and Begum lost their rights as British citizens in a move that arguably contravened international law. Instead of being outraged by these infringements of the rule of law, people cheered and laughed as the alleged criminals ostensibly got what they deserved.

This article seeks not to defend any of these individuals, but rather to decry the fact that due process and the rule of law appear to have been tossed out the window for political gain as the mobs cheer on.

Loud voices have effectively come to control our legal system by proxy but have unwittingly become the cheerleaders for the eventual death of their own liberty. They have acted as the authoritarians’ trojan horse and ushered in a new wave of disrespect for civil rights.

No matter the crime, the alleged perpetrator or the level of public outrage, we must stay loyal to the rule of law, rather than kowtowing to the demands of those with a myopic desire for vengeance of political advantage.

There is an inherent hypocrisy in our calling out the imprisonment without trial of suspected terrorists overseas when we appeared to have no problem with it when Tony Blair did precisely the same thing. There ought not to be any difference in the treatment of a journalist, a gay rights activist and a suspected terrorist in the application of the rule of law.

In almost Iranian style, this seems to be the case less and less of the time. However, in the UK, rather than subtle undermining of the law perpetrated in the shadows by shady government agencies, we are seeing an open, honest and dangerous rejection of legal equality, which is arguably far more sinister.

Many who dismiss claims that Tommy Robinson was treated unfairly by the legal system cried out in disgust at the handling of Shamima Begum’s case, and vice versa. We cannot pick and choose when important constitutional principles are applied. To do so is to defeat their entire purpose.

We have handed the state a carte blanche to toy with legal protections and constitutionally enshrined rights as it sees fit. Having normalised the rollback of our freedoms, the government can now tap into public outrage and tear off more and more of the Magna Carta until its approval ratings begin to pick up.

It may soon be you who finds themselves having their rights waived and being branded an enemy of the state, simply for being unpopular among the wrong people at the wrong time. In this situation, like Tommy Robinson and Shamima Begum, anyone would call for justice; but if the mob demands blood, the evidence suggests that the state will be more than happy to oblige.

The UK are losing more than just our Measles-Free status

Johnson's Disrespect - Is this the Demolition of Scotland's Devolution? 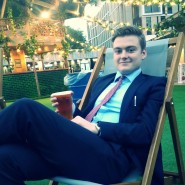 Populism around the world

#ThisIsNotConsent: Clothing is not conducive to consent

Let’s slim down media criticism of the female body