A modern government could pave the path to a more prosperous Britain. But this requires a big re-imagination of the state’s role in today’s world.

The role of state has long been one of the most contested conversations of the political economy. But today that conversation is being tied down by old fallacies that simply do not hold anymore. We must break free from the dated confines of a “big” or “small” government. It is an unproductive spin on a critical conversation. Instead, we should debate what is the role of the government in the 21st century rather than the size.

If we are to do this we must also debunk the overly-glorified and inconsistent concept known as the free market, which seeks to minimise all government involvement at all times. The common narrative says that the state must leave the “free” market alone so it can innovate and create the wealth for societies to flourish. This is deeply flawed as it misrepresents the role of the public sector in creating and shaping markets. It implies that markets could somehow exist without the state. It describes governments as “intervening”, as if they do not have a role in the first place.

It also assumes that wealth is only created by the private sector. There is this romantic view that the entrepreneurs of this world pluck their brilliant innovations out of thin air, all by themselves, while the government stays as far way as possible. However, the evidence of the last 50 years tells a rather different story.

Let’s take the iPhone. Should all the credit go to Steve Jobs? Well, Mariana Mazzucato shows us that if you unpick the different technologies that made the iPhone possible – the GPS, the touchscreen, the voice control, the internet – all these technologies actually come off the back of public institutions and public money. But that’s not the boring and innovation-hindering story of the state most of us know.

Across technology, medicine and energy, the state has played an instrumental role in many of the most groundbreaking advances to date. This dismantles the idea of wealth only being created by the private sector. Furthermore, it makes the caricature that the state is a “slow, cumbersome and bureaucratic agent” look rather untruthful and it puts pressure on the free-marketers to rethink some of their favourite stories.

But equally, it puts pressure on those that believe in the unique role of government to further prosperity, to revamp, reimagine and resell what this is in the 21st century.

This is not a call for socialism rather it is a call for a state that kindles and directs the market to unleash its full potential in delivering socially optimal outcomes for society at large. In an era of deeply uncertain times and painfully sluggish economic progress, this is more important than ever. If the state is also to instigate the fundamental economic reforms (that in this series I have argued Britain all too desperately needs) it must rediscover a brave, bold and entrepreneurial spirit. Here are three ideas that embody these characteristics.

First, the government can and should set bold missions. It has done this before, the US deciding to put a ‘man on the moon’ was an unthinkably ambitious mission in the 60s. Today, the state needs to match that audacity but channel it into societal-missions to take on the problems we face, be it, climate change, an ageing population, or cancer. Missions give us targets, help steer investments, catalyse the private sector and shape the type of economy we want. Public investment will have to play a critical role too, which is why Britain should set up a Public Investment Bank to channel sufficient money into those productive endeavours that private sector chronically under-invests in.

Second, the government must redefine how we measure economic progress. What we define as progress governs what we aim towards. Currently, the primary metric of progress is GDP. Yet income is a glaringly incomplete measure of prosperity. We all know a fulfilled and flourishing life goes far above and beyond our pay packets. We must measure what matters. Job security, health, education, levels of crime, trust in society, public spaces, should all make it into our definition of progress. More holistic measures exist — it is time they were adopted.

Third, the government should boldly put the public back into public institutions. Deliberative democracy is an idea that could overcome many of the greatest deficits in today’s political process. It could enrich democratic debate, bring representation back to “representatives” and restore public confidence in the system.

So I’d like to extend an invitation to you all to revive our debate around the role of the state. To be more nuanced in the stories we tell of it. To see the state as a market maker, not breaker. To appreciate wealth is co-produced by the private and public sector. To recognise that government can be (and often is) agile, risk-taking and innovative. From here, I believe, we can have a productive debate on how the government can be a key actor in shaping a better Britain.

Eighty-Five years since prohibition, but have we learnt anything?

Turkish women are not asking to be abused 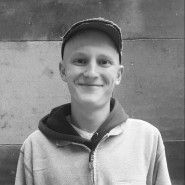 Alabama, Georgia, I refuse not to be heard

It’s impossible to ignore the realities of the climate crisis

Toppling a statue does not erase history, it brings it to life