#PublishingPaidMe and racial inequality in the publishing industry

Following the surge in the Black Lives Matter movement, calls for change across the world have been frequent and loud. However, you may be unfamiliar with the calls for change in the publishing industry, which has been championed by the hashtag #PublishingPaidMe, started by African American author, L.L. McKinney.

The publishing industry isn’t a sector that is particularly paid attention to, at least outside of writing circles. However, as McKinney watched many writers, publishers and editors across the world react and support BLM and start discussions about inequality, she realised that little active action was being taken. She created the hashtag, as a means to encourage open discussion about discrimination within the publishing industry and finding a means to rectify it. While McKinney only imagined she’d receive a few responses, when notable authors such as Jesmyn Ward (the first woman to have won two National Book Awards) and N.K Jemisin who’s “Inheritance” trilogy won three consecutive Hugo Awards responded, the hashtag took off. The revelations that came forward were shocking but also very thought provoking.

Across the board, white authors are receiving much higher advances from publishing houses than their black counterparts. The cases that this movement highlights show that this had nothing to do with the “talent” or “exposure” of writers. In one case, black female author Roxane Gray revealed she was paid $150,000 for her third book, after 2 successful novels and having some notoriety. However, white female author Mandy Len Catron revealed for her first book (having little notoriety and a single article that had gone viral) that she received $400,000. This is no attack on the authors, this disparity is entirely at the hands of those in publishing houses, who often view work by black authors as “risky” and not guaranteed to sell well.

This preconception is incredibly insulting and a deterrent to aspiring black and POC authors. It is also a great shame, especially when so many black authors who’ve gone on to do very well have not received the care and attention that aspiring white authors receive. Such is the case with Reni Eddo-Lodge who in June became the first ever black British author to top the UK charts with ‘Why I’m No Longer Talking to White People about Race’ (a phenomenal book I thoroughly recommend for gaining knowledge about racial issues in the UK). Via Twitter, Eddo-Lodge revealed she was paid 25K, double the national average for a debut, but paling in comparison to the debut novel of the founders of ‘The Vagenda’ blog, who under very similar circumstances received a six-figure advance.

The problem here is the lack of vocal criticism of this disparity in the publishing industry. Now that this issue has been raised, it must be addressed and rectified. These hidden biases in the industry must be scrutinised. By failing to tackle this issue we risk losing the chance to hear voices of upcoming and talented black writers, who may be discouraged by these stark disparities. Change is possible, but it requires the action of those inside and out of the industry. To quote a tweet from Malorie Blackman, “It’s off-putting, and yes, it’s dispiriting but please don’t stop writing. We might not win at this game but to not play is to definitely lose.” 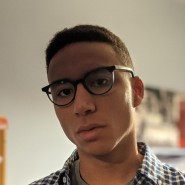 Student of English Literature and Classics at The University of Edinburgh. Enjoys reading and writing recreationally when he isn't laughing hysterically at memes that aren't particularly funny or making his way through a backlog of Video Essays on Youtube.

Male Suicide: the killer that dare not speak its name

Is it time to decriminalise drugs?