Our kind hearts stop us from accepting Murray’s scientific truths

Scientists are fortunate to be working at a time where the reach of ideological dogma does not result in criminal convictions. From  Socrates’ conviction of ‘impiety’ in 399 BC, to Alan Turing’s chemical castration on the grounds of homosexuality in 1952, the brightest minds often paid the highest price for their work. Today, publishing controversial scientific viewpoints is unlikely to end in a sentencing. But that is not to say that dogma is dead.

In 1994, political scientist Charles Murray co-authored The Bell Curve with the late psychologist, Richard Herrnstein. It sparked a massive controversy which still rages to this day. Murray, invited to speak at Middlebury College in March 2017, was violently attacked by protesters. The assault left his chaperone, a professor at Middlebury, in the hospital. Aside from violence, Murray’s credibility has been under constant barrage both from within, and outside of academia. He has been lambasted for peddling pseudoscience and labelled a white supremacist. Admittedly, I too bought into this perception. I considered Murray to be a dangerous fringe of science. Someone whom nobody ought to take seriously. Then I read the book. Where I expected to find fanaticism and bigotry, I found none. It is not perfect, but it isn’t pseudoscience, and it certainly isn’t racist.

The Bell Curve is composed of four parts. The first accounts for the increased stratification of the cognitive elite in America. It argues that institutions in modern society are set up to capture and promote intelligence over any other variable. Furthermore, since the cognitive elite occupy the most lucrative positions in society, then they make the most money, live in the nicest areas, send their children to the best schools, and ultimately isolate themselves from the lower intellectual classes. Part two applies rigorous data analysis to demonstrate that IQ is the most potent determinant of life prospects; more so than any other traditional indicator such as parental social class. They find that low IQ correlates with a host of self-detrimental, or socially undesirable behaviours such as increased criminality, increased likelihood of poverty, higher rates of divorce, increased propensity to leave education and higher rates of unemployment. The third part draws the most flack. Focussing on the US national context, Murray and Herrnstein shift their attention to differences in cognitive competence and social behaviour between ethnic groups. Testing for average IQ, the authors found that Asian-Americans topped the scale, followed by Whites, then Hispanics, then African-Americans. They make the argument that since low IQ is a key precursor to the most undesirable social conditions of our age, then a lower average IQ for particular groups can at least partially explain why individuals in certain groups are at greater risk of falling victim to our society’s increased cognitive stratification. It is important to note here that the average IQ of a group tells us nothing of the IQ of any particular individual within that group. What is important is that small variances in average IQ between groups can have a massive impact at the extremes . For example, men are on average more violent than women. It would be wrong to suggest that any particular man is violent on the basis of this fact. However, it does explain why men make up almost all violent criminals. In the final section, Murray and Herrnstein suggest some policies which could aid in dealing with the problem of cognitive stratification.

I’m not suggesting that there is nothing to be critical of in The Bell Curve. The authors’ claim that discrepancies between groups with respect to IQ are “at least partly hereditary” reflects one side of a debate that has not yet been resolved. However, the main argument still goes through even if we grant that IQ is non-hereditary. Two facts prevail: (i) In modern times IQ has become the most effective predictor of success in many critical social variables. (ii) There are differences in the level of mean IQ between groups. If we accept that no one has control over what IQ they end up with (at least in early development), then we also have to accept that there is something grossly unfair happening here.

What is clear to me is that Murray is a careful scholar who is motivated by what he sees as an emergence of a new kind of unjust inequality. It is ironic that his staunchest, and most vocal critics come from the political left – the side which is typically moved most by injustice and inequality. It is true that IQ itself is a controversial issue, and adding ethnicity to the equation adds fuel to the fire. But controversy itself is not indicative of the truth of a proposition, and ad hominem attacks do nothing to discredit any arguments.

Whereas before, religious dogma was the major impediment to scientific progress, today’s dogma is kind-hearted, but short-sighted. It expresses revulsion at any talk of differences in kind between groups, whether they are ethnic groups, genders, or nations. It is quick to defame those who they don’t agree with, and it purports to have the interests of the most vulnerable at heart. But in labelling Murray a racist, or refusing him a platform, or associating him with real racists in hit pieces, progressives are foregoing a brilliant case for egalitarian distributive justice. From behind the veil of ignorance, we should be questioning whether the fact that our society rewards high IQ so generously is fair. Yet many progressives – the same people who claim to care the most about inequality – are too busy flinging shit Murray’s way to notice.

China's Eurovision censorship puts them globally out of sync

Modern slavery: 54 slaves work for me 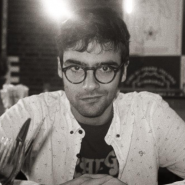 A postgraduate student of philosophy with a focus on philosophy of biology and the ethics of markets.

Sex and the Surveillance State

COVID-19: The End of the American Century

Most Recent, Protests, US Politics, World

If feminism doesn’t care about men, it isn’t feminism

Working-class students need support that we aren’t getting