Boris vs Voltaire: What does it mean to ‘believe in Britain’?

In May 2004, outside his home and clad in a skull-and-crossbones beanie and Hawaiian shorts, Boris Johnson, then MP for Henley, found himself confronting journalists amid a storm of controversy. With rumours swirling of an affair with journalist Petronella Wyatt and his subsequent sacking from Michael Howard’s frontbench, one brave journalist asked Johnson for his reaction to the way he had been treated. In his trademark mumble, he invoked the optimistic philosophy of Leibniz: “All is for the best in the best of all possible worlds.”

Fifteen years later, this snapshot of Johnson’s reinterpretation of reality has manifested itself as the central trait of his new government. His leadership rival, Jeremy Hunt, called him out for “peddling optimism” during the televised debates during the contest. This line of attack played into Johnson’s rhetoric, which sought to reduce the discourse to warlike motifs which have thus far succeeded in reigniting pitiful imperial sentiments surrounding Brexit as a battle between Optimists and Defeatists. Such analogies are plentiful and warning signs for how things are playing out are, for some of us at least, all too apparent.

From his initial addresses as Prime Minister, the nature of Johnson’s opening gambit is clear: optimism will see us through. Very well. In a speech in Manchester, the new PM sought to draw parallels between the anti-industrial Luddites of the 1820s and the “naysayers and doubters” over a potential hard Brexit. The ease with which such a blatantly false equivalence is presented shamefully disregards the complexity of the current Parliamentary impasse and unreservedly embraces the oversimplified divide-and-conquer narrative that is ever-present in all manifestations of the nationalist agenda.

This desperately needs to be put right. Those who believe in the importance of protecting against mass job losses and preventing the weakening and isolation of our economy are not saboteurs. Those who opt to stand up for a fair tax system and oppose Britain’s descent into a Singapore-style tax haven are not naysayers. Most importantly, the many among us who believe in cooperating with our nearest neighbours, rather than falling into the politics of division, are not doubters. Boris ought to reconsider derogatorily labelling those who are truly standing up for Britain with such derision.

His Philosophy studies at Oxford mean that Johnson is well-versed in the jargon of Etonian academia which nestles at the heart of elitist circles. Sayings in Latin and French, references to Plato and Descartes and, of course, timeless Leibniz quotes dominate the lexis and misrepresent Boris as both well-read and entertaining.

Of all the philosophers to quote on camera, Leibniz is an odd choice. Johnson would have known of the mockery to which he was subject among his contemporaries, such as Voltaire. In his Candide, the wide-eyed Doctor Pangloss (embodying Leibnizian optimism) perfectly encapsulates the image of a man captive to naivety, dogmatically defending his misplaced positivity with a tragic lack of self-awareness, resulting in various personal catastrophes. Remind you of anybody? 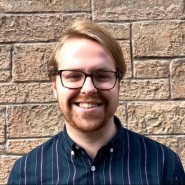 Kingsley Jones is an undergraduate at the University of Edinburgh studying Spanish and French. He co-founded UoE Northern Society and is Edinburgh's Delegate to the NUS conference in 2020.

How has democracy found itself at crisis point?

The Fixed-term Parliaments Act is unfit for purpose

Why did Starmer condemn the Colston statue toppling?

Is it time to decriminalise drugs?