Black Lives Matter: A cause that needs direction

The Black Lives Matter movement isn’t a new one, but the murder of George Floyd has once again thrust it to the fore and the video of his death seems to reflect the deep divisions within our society that still exist today.

As a mixed-race Brit who has come from a privileged background, I have found myself in an odd position. I know what prejudice looks like; I have been the butt of many a xenophobic joke (most in jest but some with a real malice behind them) but at the same time have never felt particularly disadvantaged. As odd as it may sound, it took me 16 years to really understand that I wasn’t really ‘white’, I had never really seen myself as anything in particular before that realization…

That has been the basis of my soul searching as the chaos of the Black Lives Matter movement has erupted across our country. I have been left with two questions that I have grappled with, and two answers that I think may be of some worth. The uniting theme across both of the answers is simple: the BLM movement is one stuck firmly in the past. the BLM movement is trying to solve very different, very modern problems, with the same activism and tactics that worked in the Civil Rights movements of the 20th Century. At the moment, it has failed to adapt.

The first question is what is this movement trying to achieve? Obviously, most who I have spoken to have answered along the lines of “to end racism… obviously”. But what is the solution?

Many comparisons have been drawn between this current movement and the Civil Rights movement led by Malcolm X and Martin Luther King, or more recently the early civil rights movements in Northern Ireland. However, there are of course stark differences between the Black Lives Matter movement today and those 20th Century movements. In both of those cases, the movements worked towards the goals of equal rights under the law. Today’s movement is not looking for legal change, instead the Black Lives Matter movement calls for social change in order to end racism. Crowds outside Downing street won’t do that. Systemic racism cannot simply be outlawed through parliamentary process.

So how can this abstract goal of ending racism be achieved? Racism is intrinsically emotional; it is an irrational hatred born out of fear, lack of understanding, or indoctrination. As long as racist people exist, people will be victims of their prejudice. Therefore in order to end racism, we have to talk to racist people. As well intentioned as most of the Black Lives Matter movement has been, I am yet to find a racist who has been convinced that they might need to reassess their worldview because they saw a black square on Instagram. This may be a well-intentioned but it is performative activism. This type of activism pushes racist people towards the fringes and this is where radical ideologies can flourish.

Fascism, communism, white supremacy and many other radical ideologies are reliant on the idea that the world is firmly set against you and that your identity is under threat. If you take that “me against the world” mentality away, then it is possible that we may be able to win over racists who corrupt today’s society. The classroom especially needs to become a place of debate and discourse once again; an environment where the youngest generations can grapple with the good, the bad and the ugly of their nation’s past. Where Churchill is taught and understood in his entirety, where figures like Colston are examined in depth; a philanthropist but also a slave trader. Discourse and discussion is key. You just need to google Daryl Davis’ relationship with the KKK to see what huge good can be achieved through the simple act of discourse. To quote Davis himself “find someone who disagrees and invite them to your table”. You will do so much more good finding just one person who disagrees with you and talking to them about race, than you will from performative allyship.

“When two enemies are talking, they’re not fighting”- Daryl Davis

Donald Trump is set for a one term presidency 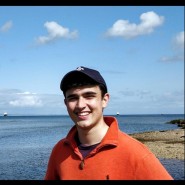 Noah is a Government and Politics student and political activist in his final year at Queen's University Belfast.

The Tories are trying, but they need to do better

Windrush: Are we moving towards a resolution?

The real doom merchants: how the left’s obsession with environmentalism has made it anti-progress