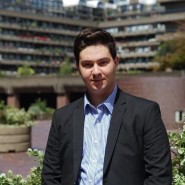 Jason Reed is Political Editor of The Broad. As a freelance writer, he has written for various outlets including Conservative Home, Spiked, Reaction, CapX and Brexit Central. He is an undergraduate student at the LSE, as well as a Political Analyst with Torbay Intelligence, a Local Coordinator with Students for Liberty, Vice President of The London Globalist and Treasurer of the LSE Conservative Society.

Optimism has become severely underrated in this trough era for British politics. Brexit is taking up pretty much all of our time. We have become bogged down in trade policy…