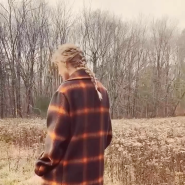 Ellie is a Politics graduate, she has worked on campaigns such as: Students For Brexit and Vote For Your Future. From her work on these campaigns she has appeared on various political shows such as Chopper’s Brexit Podcast, the Victoria Derbyshire show and written for publications such as Times Red Box.
Brexit, British Politics

Boris Johnson entering Number 10 last week was the worst-case scenario for me. I have spoken consistently and publicly about my dislike of him, and I supported almost every other…