When it comes to immigration, low skilled labour is high value

At an event focusing on Brexit and immigration this week,  I was sat across from a woman from the Scottish Government’s immigration office. Arms crossed and smirking, she flicked her pen in the air to signal that she’d like to answer next.

‘If I may say, it’s almost as if there has been an absence of evidence based policy making regarding at a UK level…?’

The room laughed. Of course, questions like this have now become rhetorical. Reducing immigration to the levels Westminster is currently advocating – no, wildly peddling – first started as policy footnote but now seems like a twisted joke. The room is laughing, but laughing knowingly.

Despite the plain facts, culling ‘low-skilled’ migrants to achieve these immigration levels is simply not conducive to a prosperous U.K. Yet ‘low-skilled’ labour is not being given the time of day in the political debate. What’s even more arbitrary is that ‘unskilled’ or ‘low paid’ workers aren’t actually unskilled, they are simply people who would not currently qualify for a Tier 2 visa.

And while Tier 2 visas are what have been making the headlines, their reform is irrelevant to the majority of U.K. industries. The likes of Tier 5 visas allow people up to the age of 30 stay for 2 years and are critical in dealing with seasonal shortages. They are what keep our houses being built and farms harvested, but they go on unseen. These are hundreds and thousands of people doing necessary, productive, middle income jobs. So then why is U.K policy not depicting them as valuable?

While not everything about free movement worked well, if we don’t replace it with an immigration system that allows for the same degree of flexibility, we can only sit back and watch the dominos fall.

Let’s take the example of Scottish Care. They employ 1 in 13 Scots and 12% of their employees are from the EU. They already are seeing a 31% vacancy level for nursing and are dependent on a constant stream of ‘low-skilled’ migration to ensure they can keep caring for the Scottish elderly. As migration restrictions threaten to exacerbate these nursing vacancies, hospitals are having to step in. As we know, the number of beds in the NHS are already insufficient and therein lies the haunting domino effect. We need these nurses, and it’s hardly justifiable to label their work as ‘low-skilled’. Social care is the 4th biggest contributor to the Scottish economy, but the narrative is that it’s something of an economic drain.

As our friend asked earlier, why then aren’t the government reflecting evidence like this in their immigration policy?

A detail that is commonly forgotten during these debates is that migration is not just a matter of the UK choosing migrants; migrants have to choose us. And we need them to. By not imposing a flexible replacement system, we put ourselves in competition with other major nations like the USA and Canada who pay better. Cash remains king in encouraging people to come contribute to our economies. In the case of farming, since 2016 significant shortages of workers have reportedly not been caused by Brexit but lack of cash. Wages in the U.K have barely risen but the flexibility of free movement had previously made up for this. When 98-99% of our seasonal workers picking our strawberries, raspberries and blueberries are non-U.K people, you can imagine how permanent labour shortages will make your summer Pimms more expensive. The end result risks a huge retraction of businesses altogether but people won’t feel this until they reach the check-out.

A common retort to this argument is that British workers will step in when non-U.K workers are kept out. But that’s ignoring two critical aspects. Firstly, unemployment in the U.K is at a historic low and even before the referendum, employment growth in the U.K had slowed. This means we’re dependent on immigration stepping in to keep our farms, social services, construction industry and hospitality sectors running. It’s not the case that British people are waiting around to fill jobs that will become available after EU nationals leave, because these people simply don’t exist.

Secondly, we’re getting old. Really old. In fact, we have an aged population growth rate of 80%. If we reduce immigration even by 1%, accounting for this aged growth rate, that makes for a 25% decrease of working, tax-paying people.* Knowing this, if we want to be able to keep running our social services, building houses, supplying supermarkets, then the U.K is hooked up to immigration like a patient to an IV.

However, as March 29th 2019 is dawning on us fast, it becomes more and more apparent that a fact-checker isn’t welcome at a circus. Long-term planning is critical for local councils and as councillors wait to hear exactly how ‘low-skilled’ immigration will be restricted, they’re left fumbling over whether that local school or health clinic will still be affordable to build when there’s a chance that no-one will be there to build it. If you listen carefully, you can hear construction chiefs, hospitality bosses, social services managers, and agricultural heads all holding their breath, waiting for an immigration bill that is yet to materialise and trying to factor for the abyss.

So what should this policy look like? In short, it’s insanity to draft an immigration policy for the south east of England and expect it to apply to the rest of the U.K. An immigration policy that is fully devolved and regionally focused would allow examples like Scottish Care in the north and berry farms in the south to cater to their differing needs over seasonal work, skill-sets and labour flexibility. Focusing on cross-sectoral needs such as these is crucial. Employers could function like gate-keepers and enforcement could be maintained through local social and employment systems.

The evidence shows that low-skilled labour is the lifeline for our local communities, yet this is nowhere to be seen in current U.K policy. When people don’t listen to the evidence, we just have to shout louder. 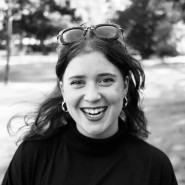 Zoë Fillingham is the director of FreshSight, a social enterprise consultancy supporting non-profits and social businesses. It's led by some of the sharpest students in Edinburgh and over its 10 years FreshSight has worked with over 120 clients, both in the UK and internationally, and has trained 500+ student consultants. Zoë is into Radio 4, tequila, and wild swimming all at the same time.

The changes we need to see before the next general election

Zuckerberg’s interrogation was too bad to be true

Brexit, to Nordic community, means the loss of ‘a neighbour’