What is the point of the Liberal Democrats in 2020?

When I was writing this piece for The Broad, I questioned whether it would be interesting enough of a piece for you, the reader, to dissect and, frankly, care about. Nonetheless, I decided to write it as after all it involves the UK’s third-largest nationwide party.

Thursday’s Liberal Democrat leadership contest reveal in London was so lifeless that a cardiograph would struggle to pick up a heartbeat in the room. Eight months since its disappointing 2019 general election result, titter-tattering during the pandemic on who should become party premier, the membership chose interim Sir Ed Davey as the man for the job, beating rival Layla Moran by a margin of nearly 2:1.

When I sat down to write I struggled to find an angle at which to make sense of the ‘historic’ milestone. I thought, firstly, about interpreting the ballots and dissect how ‘Boring’ Davey (who is the political equivalent of a tuna sandwich, ready salted crisps and Buxton water meal deal) outperformed Moran; but the answer seemed just too simple. Moran views are too radical for the party, in fact she wants the party to become “more
radical than Labour”.

I then considered offering an explanation as to why Davey must move away from the shadow of Jo Swinson; but the internal post-mortem review has already showed that the party’s poor results in December were the result of her poor presidential tactics. Swinson tried to run her campaign as a campaign for Prime Minister, not as an MP for her constituency (she then lost her seat to the SNP…shock).

At this point, I was left wondering what the premise of my whole write-up should be. Then it hit me. The word ‘directionless’ came to mind, a bit like oh I do not know…the Lib Dems! Upon analysing the latest Opinium poll, the party is slumping at a lowly 6%, 26-points adrift of their closest rivals Labour. The party has not been this unpopular since they were in coalition.

Voters have not forgotten that the Lib Dems were the only major party calling for the revoking of Article 50 without a referendum, to the disdain of almost all voters including Brexit-sceptics lobbying for a ‘People’s Vote’. Not only that, but the Lib Dems have been deathly quiet in the COVID-19 discussion, as well as the ‘culture war’ debate on subjects such as statue toppling because the party was too busy sorting out a new leader.

Therefore, I propose to you this conundrum: what is the point of the Liberal Democrats in 2020? Third parties can have a grand influence over legislation in the same way as pressure groups. For example, over the last decade, the Greens have helped to push environmentalism up the Westminster agenda. And who can forget the legacy that UKIP has left, especially in Red Wall seats?

The Lib Dems, by contrast, are in the wilderness; all but dead in Scotland thanks to the SNP and lacking in support in Wales (they had to form a pact with Plaid Cymru in order to have any chance of success). Any future Tory coalition is ruled out entirely, leaving them to appeal to the Left with promises of ‘free money’, housing installations, and progressive taxes.

If this is to be the direction the party is heading – one that has existed for over 40 years – then they are badly misinformed. A recent survey showed that 6% of voters viewed the party as “competent and capable” while only 11% said they felt the party share their values.

In order to regain relevance, the Lib Dems need to find a niche. It would be far better for them to act as a centre-right opposition to the Conservatives than as a soft-left alternative to Labour and the devolved parties. No doubt that there is a liberalism-shaped gap in the political market, even at a time when the term is being challenged by the wave of national populism.

Frankly, it is sink or swim time for the Lib Dems, because their golden sheen is beginning to tarnish.

The Abraham Accord: winners and loser

The realities of queer activism in Belarus 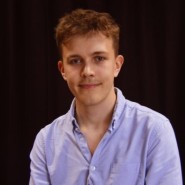 Oldest profession or oldest oppression: what is the future of prostitution?

Small tips to help with the stress of Covid-19

Art should not be exclusive to urban areas

Boris Johnson is right to prorogue Parliament: no-deal must be kept on the table