We can’t ignore the dangers of early sex determination

Throughout history, people have attempted to control the sex of their children. Whilst sex selection for medical purposes, like preventing genetic diseases is largely accepted, the non-medical use of sex selection has caused fierce debate.

The practice has been widely disputed due to the potential immorality of its underlying motives. Blood screening tests are still offered by private clinics in the UK to reveal a baby’s gender early on. Whilst these tests are only permitted on the NHS to screen for genetic conditions, private access to gender tests is available at a relatively low cost and could be leading to the abortion of unwanted females. Without restrictions on Non-Invasive Prenatal Tests (NIPT) for sex-selection purposes, the UK risks seeing an increase in abortions based purely on the gender of the foetus.

Advertising NIPT test for gender determination in private practices encourages women from communities with a cultural preference for sons to resort to sex-selective abortions, through fear of being rejected by their family or marriage if they can’t produce a son. As well as increasing the likelihood of the abortion of unwanted girls, which reinforces male-oriented cultural preference, sex selection perpetuates other harmful norms related to sex and gender.

The sexism that is inherently attached to sex selection practices does not stem solely from beliefs about the superiority of one sex, but also from problematic beliefs about fixed gender roles. Many parents cite “family balancing” as their motive for using sex selection. They desire sex selection in order to have an equal number of male and female children. Family balancing suggests that what is desired by families seeking screenings is not primarily a child with different sex chromosomes but a child who conforms to a specific gender role. If we treated and raised children of all sexes in the same way, we wouldn’t feel the need to “balance” a family because there would effectively be no difference between male and female upbringing, which demonstrates a desire to raise children within normative gender roles.

If sex selection creates children in order to fulfil a specific societal role, then the stigma experienced by children who grow up not to conform to this presumed gender or sexuality will only intensify. Gender expectations have continuously been used to confine life prospects of men and women, but it is women who have historically suffered under these limiting expectations. The entrenchment of such gender norms can only serve to perpetuate this limitation of life choices even for those who seem to conform to traditional conceptualizations of sex and gender.

Parents should not have private access to sex selection. It’s not a simple matter of balancing chromosomes, but rather it reflects an acceptance of socially entrenched gender norms. The conflation of sex and gender contributes to gender stereotyping and discrimination. Gender screening perpetuates detrimental norms which outweigh appeals to parental autonomy, and the UK government should place limits on reproductive liberty when a practice presents significant social harm. 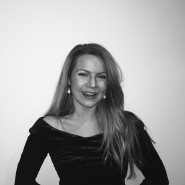 A recent graduate with creative drive to engage with written and spoken language, thought-provoking topics and content which sparks debate. Having studied French and Philosophy, I am interested in promoting the importance of intercultural communication and foreign languages, and in finding innovative accessible ways to engage people in moral, ethical discussion.

Will Trump become a tyrant?

Technology can benefit our mental health during COVID-19

The future of profit lies in its purpose