Five years have passed since Brock Turner sexually assaulted Chanel Miller on Stanford University’s campus in California. This case caught worldwide attention and garnered vast support for Miller, who was at that point unnamed, through her incredibly powerful victim-statement which is believed to have been read by over 11 million people. The trial led to the sentencing of Turner to six months in prison on charges of rape, sexual assault and attempted rape. Turner was released from prison, due to “good behaviour”, after serving only three months of his prison sentence. This case not only galvanised widespread public interest and outrage but led to legal and university policy reform and sparked a ‘[change in] the conversation about sexual assault’.

This case is familiar to us all, as is the ubiquity of sexual harassment and violence on university campuses. UK universities recorded 1,436 official allegations of sexual harassment and violence against students in 2018-2019. Whereas, figures not limited to official reports estimate that it is as many as half of students at UK universities that experience instances of harassment and assault. Philosopher Kate Manne, argues that one reason why Turner’s sentence was so lenient, and why so few women who have suffered sexual violence report these instances, is the result of a cultural phenomenon she refers to as ‘himpathy’[1]

Himpathy tracks the attitudes people hold towards male perpetrators of sexual assault. Manne states the caveat that this is an attitude reserved largely for privileged white men, the so-called ‘golden boys’ that populate university campuses. Turner was a golden-boy and much of the rhetoric during the trial exhibited excessive sympathy towards what a guilty verdict would mean for the future of such a promising young swimmer. What this phenomenon highlights, is not only the collective effort made to exonerate him, to dismiss the evidence against the “good guy [that] can do no wrong”, but also the resulting reluctance to believe the women who make such accusations. This phenomenon pervades attitudes towards accusations of sexual violence.

It is well-known that only a minute minority of student survivors of sexual violence report their violation to either the police or the university. The fear of facing both disbelief and interrogation, stemming from giving the ‘nice boy’ the benefit of the doubt, perpetuates the silence of survivors. The inconsistency between the ‘nice boy from a good family’ image attributed to so many privileged students and the crimes that they are accused of, leads to harmful conclusions that the accuser is either deceitful or mistaken. Highlighting that scepticism of victims can perpetuate trauma of assault, a student at the University of Newcastle said that victims “deserve a community of people who believe you”[2].

Universities must not only work to reform the ways it works to inform its student about and prevent sexual violence as well as dealing with accusations when they come to light, but we all must strive to find correctives to troubling rhetoric around sexual harassment and violence on campus. When survivors of sexual harassment or violence face responses from peers saying things such as ‘surely he wouldn’t do that, he’s such a nice guy’, such responses work to reinforce sympathy to the perpetrator and diminish the belief and sympathy attributed to the survivor. This rhetoric precludes thousands of victims across university campuses from reporting such offences. Once survivors do testify it is crucial himpathetic inclinations continue to be examined and critiqued to allow for the fairest treatment of such sensitive cases.

Most Recent, Society, US Politics, World

Even in Black History Month black voices are marginalised 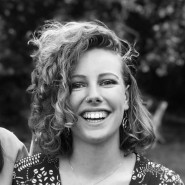 City of stars: Here’s to the fools who dream

Parents Day: my family and other animals

A Biden Presidency; a Political Cold War or the new Lyndon B. Johnson?

Yeezus or Judas? Liberal elite wants Kanye to repent for his tweets