There’s nowhere to hide from Cambridge Analytica, nowhere at all

It’s been a tough few years for globalists. At an exponential rate, all that they heralded as vessels to bring us closer together – free trade, open borders, the future of House of Cards – have driven us further apart. Social media, the ultimate agent of connecting people, may now be added to that list. The latest scandal to embroil a battered Mark Zuckerberg comes from consulting firm Cambridge Analytica, which has been revealed to have acquired access to 50 million Facebook profiles, and used this data on Donald Trump’s campaign trail, in their own words “winning his election for him”. The means by which they did so are highly disturbing.

To CA’s sophisticated algorithm, your profile, your likes, your frequently used words, the amount of time you waste reading the Tab’s quasi-journalism, alongside quite literally anything you have ever done on Facebook becomes a full psychographic profile. It can determine whether a voter is a neurotic introvert, religious zealot, extrovert liberal or fan of the occult, and then specifically target those voters with advertising and information that is tailored to resonate with them.

It goes without saying that this is a gross violation of our digital privacy. But the problem goes much deeper. It rots away at the state of national discourse. Targeted information on political issues reinforce the echo chambers that we unwittingly create on social media, but do so with an expressly partisan agenda. The scale of the information asymmetry is growing national. Winning over swing voters, traditionally the kingmakers in democratic elections, becomes a lot easier if you can control their information access. And then there’s fake news.

False or misleading information planted online by Russian operatives during the 2016 US election made impressions from 150 million users. They use many of the same mechanisms as CA – targeting people by association, through fake activist groups, celebrity accounts, charities and other public pages with a broad appeal. Fake news resonate well because they fit readers worldview. It makes sense to believe them. Especially when they complement the stories fed to readers by Cambridge Analytica.

But none of this applies to you, right? You are smart, educated. You get your news from trusted sources. They can’t fool you!

Well, they might. In the next big Western election, Russian spymasters will back a candidate who is soft on Russia, sceptical to Nato, divisive at home and mocked abroad. Jeremy Corbyn fits that bill rather spectacularly. From refusing to condemn the Salisbury attack to threatening to dismantle Trident, a Corbyn premiership would play marvellously into the Russian hand – and after recent weeks, Putin has an axe to grind. I would not be surprised if the next election he chooses to meddle in will be in Britain, with the goal of delivering the former Communist Party member to No. 10. This is not his fault – but it should be a wake-up call to those who look upon fake news and targeted campaigns from afar. And with the Tories having already contracted Cambridge Analytica in two consecutive elections, you might already want to ask yourself which digital reality you live in.

Cambridge Analytica and the Tories seem like natural bedfellows, right? Wrong. That was fake news. But some of you probably wanted to believe it.

And Corbyn was never an official member of the Communist Party. But it would have made sense if he were, wouldn’t it?

Read news from across the political spectrum, and from respected sources. Like any parasite, fake news feeds off victims to spread. It is up to us to extinguish it.

Why do we romanticise child bereavement?

The future of profit lies in its purpose 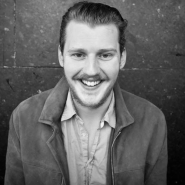 Norwegian amateur writer with a love for skiing, geopolitics and charcuterie. Most of my articles would be better if written by someone else.

Why immigration is the EU’s Achilles’ heel

Is it time up for TikTok?

Emotion is the key to fighting division