The Trouble with Islamophobia

Recently the All-Party Parliamentary Group on British Muslims proposed a new definition of ‘Islamophobia’: ‘ISLAMOPHOBIA IS ROOTED IN RACISM AND IS A TYPE OF RACISM THAT TARGETS EXPRESSIONS OF MUSLIMNESS OR PERCEIVED MUSLIMNESS.’

This has attracted much criticism from secularists and liberal Muslims. And rightly so; if adopted, this definition would justify censorship and would essentially act as a blasphemy law in all but name.

The problem, which has been apparent for many years now, is the word ‘Islamophobia’ itself. We are left with a label which implies that any and all criticism of Islam is ipso facto ‘phobic’ and in the same category as homophobia and racism.

Would it not be more sensible to use, for example, ‘Muslimphobia’?. This would acknowledge that hatred and bigotry against Muslims exists and must be fought, but remains neutral regarding criticism of Islam and the community as a religious group, which are fair game for reasoned critique in the same way that Christianity and Christians are, and should be.

Indeed, there needs to be serious discussion around bigotry against Muslims. But protecting religious ideas and culture from criticism is not the way to go about it, whether its adherents are victims of bigotry or not. It was not so long ago that Christianity was protected from criticism. It would be unwise to forgo our much fought-for freedoms and reinstate religiously-motivated censorship.

The APPG report even has the term ‘anti-Muslim hatred’ in its title, so clearly this is a phrase with some legitimacy in the eyes of those who fight, quite rightly, against such bigotry. So why not ditch ‘Islamophobia’, which is used to shut down any debate on Islam and labels such debate an exercise in hatred?

Here is an experiment. My view on Islam, and all religion, is that it is laughably man-made and patently false. Concerning Islam in particular it is clear that the Koran is a plagiarised document birthed from the ravings of an illiterate seventh-century desert trader, who had as much claim as any of us do to ‘divine revelation’- exactly no claim, that is, mammals that we all are.

This is a harsh critique on the foundations of a popular religion, but it is not anti-Muslim hatred. Under the proposed definition, however, it could be labelled an attack on ‘Muslimness’, given that a core part of Islam is the infallibility of the Koran and Muhammad, and therefore censored. The word ‘Muslimness’ is so vague and nebulous that it is rendered meaningless and is wide open to abuse by censor-happy conservative religionists.

Compare this, which is most definitely not my view: ‘Muslims are barbaric, and they should be deported because they are all evil terrorists, and Muslim immigration ought to be banned to protect our glorious white nation.’ This, clearly, is anti-Muslim hatred.

But critiquing Islam is not- this definition would shut down all debate on the legitimacy of Islam as a religion, and problems within Muslim culture. In essence, it would be a blasphemy law shrouded as anti-racism- and, as usual, the primary victims of this condescending definition would be Muslims themselves.

It would prevent reasoned discussion about some serious problems in Britain’s Muslim community- the radicalising mosques, the homophobia, the misogyny, and the honour culture which harm everyone, particularly Muslims. These issues are not confined to a small minority of a minority but are disturbingly widespread. One example should suffice to prove the point: 52% of British Muslims disagree that homosexuality should be legal.

To adopt this definition, as Yasmin Alibhai-Brown says, would be to give a free pass to the worst elements of Islam in our culture. It would prevent ex-, liberal and reformist Muslims, as well as  secularists and atheists, from making much needed critiques. It would prevent honest discussion of the historical roots of Islam and its legitimacy in the realm of factual truth, a discussion which is vital in the reformation and enlightenment of Islam, as it was with Christianity.

In short, this definition would do absolutely nobody any good- not Muslims, not liberal Muslims, not ex-Muslims, not atheists, not women, not gays- not anyone. Let us ditch the vague and easily-abused terms ‘Islamophobia’ and ‘Muslimness’ and face anti-Muslim hatred head on without reinstating blasphemy laws and censorship which were all too recently a stain on our liberty. At the same time, we must have a mature, honest, and open discussion about some serious problems in Islam. 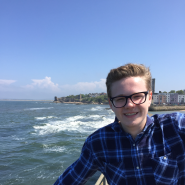 Daniel is Political Editor for The Broad. He studies English Literature and History at the University of Edinburgh and is President of the university's Atheist, Humanist, and Secularist Society. His interests are wide, roaming all the way from science, philosophy, literature, and history to TV and film. Please visit his website and Twitter at the links below.

We need to slow our fashion down

Is it time for all festivals to offer drug testing?

Is Bieber’s ‘Despacito’ the theme tune of cultural appropriation?