The political perils of clickbait culture

History appears to have repeated itself. A catchy slogan, a targeted social media campaign and Boris Johnson – evidently a recipe for success. Hearts across the country either sunk or soared at precisely 10 pm on Thursday evening when the exit poll was released, and chaos ensued.

It saddens me that it had to come to this, when we are faced with the catastrophic existential threat of the climate crisis, but this election was fought on a single issue. The issue on the table was Brexit, plain and simple. After three years of back and forth, incompetence and pigheadedness, the country was fed up. Fed up with the stagnation and with the uncertainty, this election was a chance to pull the country out from the limbo it has occupied since the previous election, just over two years ago. To characterise this election as anything other than one almost solely focused on Brexit is misguided.

The communications team at Conservative Campaign Head Quarters (CCHQ) have run a near-flawless campaign, despite it being riddled with evident malpractice (e.g. the metamorphosis into of Fact Check UK). They must be dancing in the aisles. The mantra, ‘get Brexit done’ proved a winner – uncomplicated, unexciting, (unlikely) and yet remarkably effective. Johnson’s use of the phrase was persistent; even when the question had no direct relation to the UK’s departure from the European Union, the Prime Minister managed to squeeze the phrase in. Just as was the case with ‘take back control’ in 2016, clickbait headlines won out. A win for reductionism all round. Despite the discussion surrounding the role of targeted ad campaigns and Facebook feeds in today’s political dialogue, interventionist action to tackle their impact still remains words not deeds. This culture of consuming our news in just 140 characters is still something we don’t seem to have woken up to. Yet time and again, crucial political nuance falls prey to this phenomenon.

Right at the heart of the Conservative Party’s campaign team was Isaac Levido, the Australian protegee of Lynton Crosby, responsible for the campaign behind the Liberal Party’s most recent victory in the Australian elections. A master campaigner, Levido’s operation exploited the culture of clickbait pervasive in modern discourse. The secret to such an excellent run was that it capitalised on our current penchant for the absurd, or in other words, the meme-worthy. Johnson was placed front and centre, reiterating his well-known bumbling public image, the campaign installed the Prime Minister at the heart of public consciousness. Remember the Vogue 73 questions style interview, in which Johnson plodded through CCHQ followed by a camera? The video was massively ridiculed online, re-tweeted, commented on. It was splashed all over social media. The same occurred when CCHQ used basic comic sans for some of their Twitter graphics – they were met with a barrage of mockery, laughter and derision.

But this was exactly the desired result. Like it or not, by focusing on the caricature of the floppy-haired, bumbling buffoon, Johnson was rendered immune to proper scrutiny – see Philip Schofield and Holly Willoughby’s selfie – political journalism? I think not. But a quick fix of comedy gold and brownie points for the Prime Minister? Certainly. Incidents such as those aided Johnson in his quest to get off scot-free. It vindicated his absence from the climate debate and excused his refusal of a face-off with Andrew Neil. The loveable rogue was never unmasked because the responses to his idiocy were without nuance and when proper scrutiny was on the cards, it was shied away from. So, next time you see a video of our Prime Minister in which he makes an utter fool of himself, don’t mock him or indulge in his mediocre attempts at comedy. Hold him to account, remove the mask – shine a light on the true nature of our current premier.

Nuance must be at the heart of political debate. The issues we are currently facing require proper, in-depth scrutiny and discussion, the likes of which cannot be conveyed effectively by clickbait culture. We must approach what we consume via social media with the utmost caution. Labour’s Brexit position couldn’t be explained in 140 characters. Let’s ensure that next time, an issue as crucial as that that won’t have to be.

Populism around the world 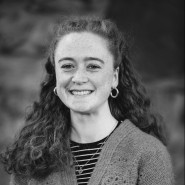 Brexit shows us it’s time for a new Cromwell

Low-priced meat: we need a shift in mentality

Women own their bodies, until they get in front of a camera

Zero hour contracts are not a ‘flexible choice’

Barbados and the withering away of the British Monarchy

Should we be teaching consent in schools?