Sky’s leak shows a successful Brexit does not exist

A government summarisation of the projected impact of a no-deal Brexit was leaked by Sky news this week. Now that the worst-case ramifications of Brexit are clear, the Government and right-wing media is deciding who to blame.

Rather than take some responsibility, they are searching for a scapegoat whom the public can be goaded to believe are responsible for this mess.

This is a tried and tested strategy and there are countless examples of this being used by politicians and commentators. In the UK, obese people are blamed for a struggling NHS. In reality the NHS has been chronically underfunded by consecutive governments meaning it is hugely lacking in resources. The market is hugely profit-driven and lacks social conscience meaning unhealthy foods are perceived to be more affordable.

Similarly, those committing benefit fraud have been demonised as scheming and as a huge drain on public resources. However tax that is uncollected, evaded or avoided, costs tax payers 100 times more than benefit fraud.

With Brexit and the European Union, that scapegoat has been immigrants. For decades newspapers have demonised immigrants as leeching off the welfare state through unemployment benefits whilst simultaneously accusing immigrants of stealing jobs. Surely, I am not the only one who sees through this utter hypocrisy? Immigrants to the UK are valued members of our community and they contribute far more than they receive.

After decades of the UK blaming the EU for its own problems, it has voted to leave the EU (albeit by a very small margin through a questionably valid referendum). Now the EU is being blamed for the UK’s decision. The right-wing media is targeting European leaders as they are considered to be the most visible to the British public.

In recent weeks, the Irish Taoiseach, Leo Varadkar has been added to the long-list of Brexit scapegoats. Nick Timothy, Theresa May’s former chief of staff and now a Telegraph commentator claimed Varadkar is “the real threat to peace”. In his article he argued the Taoiseach risked “destabilising the Good Friday agreement” due to his “hard-line stance on the backstop”. Yet Timothy then claimed Varadkar “doesn’t understand the Good Friday agreement”. I think there may be some desperation and contradiction in his words.

Another telegraph commentator, Ruth Dudley Edwards said Varadkar is “naïve” and the Sun called him a “rookie PM”.  We must bear in mind that on the day the Sun published this article, our own Prime Minister had been in office for six days; a measly comparison to Varadkar’s two years in office.

While the UK Government and right-wing media establishment continue to search for their next scapegoat, perhaps it is time they took some responsibility of their own. The Government’s own summarisation shows that Brexit will be damaging. It is clear that this is not a good decision for our country. It is time the government took some responsibility, admitted that this is the case and informed the British public, rather than pretending they can make a ‘success of it’. There is no such thing as a successful Brexit. 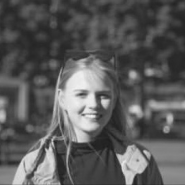 How do we comprehend the assassination of David Amess?

We should be thankful that Labour Live flopped

What does COVID-19 mean for Europe’s refugees?