Of course we’re outraged about censorship

In the interest of my productivity and blood pressure, I tend to avoid certain sides of twitter. It’s a dreadful site that can suck you into a firestorm very quickly if you aren’t careful, with even the slightest disagreement can set hordes of angry armchair-activists on you for the rest of the day.

Today, however, a tweet from ‘literally a communist’ Ash Sarkar cropped up on my feed about the frankly atrocious story of two drill musicians Skengdo and AM being imprisoned for performing one of their songs.  In her tweet, Sarkar called upon the ‘free speech brigade’ to see if they cared as much about this story as they allegedly do about being offensive.

While it is exceptionally rare that I agree with the far-left side of twitter, Sarkar does raise an important point about free speech; it’s a fight everyone should take part in, not just liberals and centrists. A while back I wrote an op-ed about why free speech should not be considered a right-wing idea, and the response from Sarkar to the injustice against Skengdo and AM shows why this still rings true.

Art, especially, must be left uncensored and unpunished. After all, it’s only through the trial and error of would-be artists that we see genres evolve and cultures develop. To ban or censor somebody for making art is, implicitly, to assume that the state or some other regulatory body knows best in which direction an art form should take.

Take the case of Skengdo and AM, for instance. For performing their song, they now face nine months in prison, on the grounds that their lyrics promote violence. Perhaps the police are correct in drawing links between drill music and inner-city gang activity – it’s a link that’s certainly been discussed before. But is this any reason to censor such music, let alone imprison the artists who create it?

After all, drill is hardly the only artform that can be linked to violence and other social issues. Country music, for instance, has been linked to depression and suicide amongst its regular listeners. The lyrics of many country songs, too, can often be as violent as those you’d hear in a drill track, as can those in more-popular genres such as metal. Yet, we don’t hear nearly as much moral outrage, if any, about bluegrass or headbangers, as we do about rap and its subgenres.

Without resorting to whataboutery, we still have to ask why drill is being singled out amongst all the other artforms for censorship? Sadly, this kind of behaviour is nothing new, and drill unfortunately happens to be the flavour of the month for moralisers and nannies.

In the past, comedians have fallen under this lens. Take a look at American comedian Lenny Bruce from half a century ago, for instance. In 1962, he was arrested while still on stage for obscenities. That same year, he was banned from entering the UK for the same reason. While Bruce’s is rather tame by today’s standards, back in the 60’s it was grounds for arrest.

More recently, video games became the topic of disgust for policymakers and concerned parents, with games like Mortal Kombat, Manhunt, and Grand Theft Auto causing moral panic in the US and UK alike.

The arrests of Skengdo and AM are, sadly, just another chapter in the constant cycle of paternalism. Just as it was wrong to arrest Lenny Bruce in 1962, so is it to arrest two musicians for their art. As a medium that can only grow and develop through free experimentation and interaction, we cannot allow for artists to continue to be censored in this way – regardless of if they are musicians, comedians, novelists or game designers.

So, to answer Ash Sarkar’s tweet, the free speech brigade is (or, at least, should be) just as outraged as you are about this injustice; artists have to be free to experiment and be controversial. Free speech and expression should be for all, and it’s time we came together to protect it. Left, right, and centre.

Is it time to abolish Oxbridge? 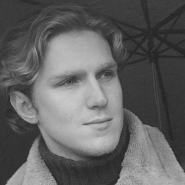 Art can teach us a lot about the climate crisis

You say tomato, I say ‘Not in February’

Women own their bodies, until they get in front of a camera

Conservative no more: Texas and Bavaria?

Brexit has brought democracy under question