Journalism’s approach to history can be misleading

As a student of history it has become a recent peeve when journalists cite history incorrectly or at the least misleadingly. I recently came across a piece in The Guardian featuring the ‘Indian Mutiny of 1857’ . The piece is anti-British, asit is justified in being, and anti the imperial legacies of the historiography of the event. In attempting to make its point though, it is dangerously simplistic. By claiming that the event was actually ‘The First War of Indian Independence’ is misguided and not factual. This has been attempted by a few nationalist historians, including Biswamoy Pati, that have attempted to assimilate the events of 1857 into a nationalist agenda that argues that if all elements of Indian society rose up and unitedly overthrew the British once, they could do it again. This however, is not what happened. I will not attempt to explain why, I wrote 3,000 words on it in October and got nowhere close. One does not want to fall into the essentialising trap I am criticising.

This is not a one-publication-problem, an article a few months back in The Telegraph saw Boris Johnson compare the British governments handling of Brexit as the ‘biggest statecraft failure since Suez’. Not only are the two circumstances so very different and complex for multitudinous but barely overlapping reasons, the phrase ‘crisis of state’ has actually been wrongly attached to Suez.

Making arbitrary comparisons between people, centuries, continents and circumstances apart can serve purpose if done well. Newspapers particularly, but also other media forms are falling far short of doing so. An In Our Time podcast on the 15th century Medici family of Renaissance Florence makes comparisons to the Italian Mafia of the 20th century. This is unhelpful and propagates incorrect inferences about the Medici who were reacting to different historical circumstances in different ways. The sensationalist argument relies on the two groups both being Italian and featuring a tight family structure, so not an awful lot to be going on.

History should not be the preserve of those with access to higher education and the time to read about events in great detail but neither should complex events be reduced to a few lines precariously shovelled into an unrelated article, like a bed frame into a sleeping-bag holder.

History is being used to consolidate political points and agendas but in doing so the facts are being manipulated or completely disregarded. Journalists are increasingly appealing to events that people have a vague understanding of and hoping that they won’t get caught out. Either we, the readers, are becoming lazy with our fact-checking or editors are more willing than ever to brazenly disregard academic integrity and nuance for clickbait, to which robust historical arguments have fallen prey.

The Europa League shows us how sports are always political 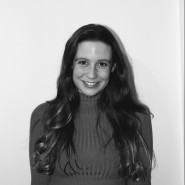 Alice is The Broad's Investigative Editor and a Senior Columnist. She writes about current affairs, travel, gender matters and almost anything else. She is known amongst her friends for her exceptional baked goods, shouting at the screen during Question Time and the overuse of the phrase 'I have a Latin A Level you know...'

Cable is destroying whatever hopes his party has left

The 21st Century’s continued struggle with experts versus populism

We’ve never been in the same boat, COVID-19 won’t change that

Marriage does not equal the overriding right to sex