If you’re saying ‘not all men’, it’s probably you

I wanted to start this article by talking about how much I actually really like men. I felt like I needed to preface my argument with saying that I have countless men in my life who I trust, value and believe in. I wanted to say that I’m nice and fun to be around, and I don’t spend all my time throwing eggs at patriarchal institutions and glaring at unsuspecting men. Then I remembered that I don’t have to be likeable to write a good article. I should be able to point out the flaws of the patriarchy without feeling the need to reassure men that they are actually decent, because I wasn’t put on this earth to validate you and my patience is running a little thin.

I want to quickly talk about the ‘not all men’ argument. This argument is basically when men, confronted with a patriarchal issue, respond by saying that it is wrong and unhelpful to lump men into one category, that it polarises the debate and hampers the progress of feminism. Which, if you boil it down, is one man either being a spokesman for millions of men they’ve never met and can therefore not vouch for, or one man being like ‘I’m pretty nice and therefore, you’re wrong.’

I’m not some kind of Siri for feminism. ‘Katie, why are women mad at me?’ But I do write a feminist column, so I’m going to try and explain this clearly.

The ‘not all men argument’ reduces a conversation about systematic, historical, violent oppression into a he –said, she-said debate. I’m explaining to you what my world view is, due to my experiences, and you’re saying that in your experience, not all men are like that. But our experiences, if you’re a man, are dramatically different. It’s problematic that your response when I discuss my personal experience, is to disagree and imply that I’m wrong. You can’t deny me my reality just because it is insulting to you.

All men are involved in the patriarchy, just like all women are. We can’t do this without you guys.

It is vital that men are involved in conversations about feminism, and while I’m sorry that people feel excluded by me stating that white men have a ongoing history of doing some pretty zesty stuff, I don’t understand how men can expect to have an honest, productive conversation about feminism where no blame is laid at their feet. You are welcome to sit at the table, just don’t get up and leave when I start stating facts. And don’t expect to be conducting the meeting either, I came prepared. I have PowerPoints for days, so buckle up.

Telling feminists that accusing white men en masse is holding them back is what is holding us back.  We can’t have a conversation if you keep storming out of the building. I don’t expect men to apologise for the historical oppression of centuries past, but I do expect men to help us tear down the institutions that continue to oppress women. And if you are helping, that’s great! You are being decent! Women are not going to organise a parade every time you tell your friend to stop making rape jokes.

From conversations I’ve had with my male friends, I know that there is anxiety about what will happen to white men if the tide of equality continues to rush towards the western world. I can understand why people feel uncertain, and anxious about their place in the future. But if you’re worried about being left behind, the only solution is to hop on the equality train. Don’t stay behind at the station, eating shit sandwiches and shouting at everyone going off to enjoy the benefits of equal opportunity land.

Privileging male voices, male experience, and male opinion over female opinion is the ideological equivalent of talking over women in boardrooms. All men are involved in the patriarchy, just like all women are. We can’t do this without you guys. If you are more concerned with the persecution of white men, one of the only groups of humans on this earth that haven’t been systematically oppressed, than you are with the ongoing systematic oppression of women and people of colour, then what you are basically saying is ‘I care more about white men that I do about women.’ You are more than welcome to come along and listen, and help and support us. But please, don’t tell us how to break down the patriarchy when you’re holding the blueprints in your hands.

Polanski's expulsion is a good PR move, but not good enough 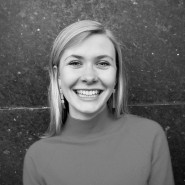 What can Albert Camus offer us in the present day?

In Cyprus, food can be a symbol of unity

Egypt is a place of despair, fear and tension

Actors aren’t to blame for lack of diversity