Trump and Mexico. Britain and Brexit. Whilst states across the world seem to be reaffirming their borders, there exists a counter movement asking: do we even need borders?

The World Service Authority is directly challenging the traditional restrictive capacity of borders. They offer their members worldwide citizenship, autonomous from any specific national boundary.

While it aims primarily to offer licences to stateless refugees, the WSA ‘World Passport’ has gained global attention. American actor and rapper commonly known as Mos Def was banned from South Africa after using the paper to gain access in January 2016. The event has attracted international attention, with the public intrigued by the notion of a stateless identity. But as per the norm, states have responded with disdain and a tightening of their border systems.

States no longer have the monopoly over our identities

This reflects a wider social tension. The people wish to increase international movement. The institutions wish to secure regulations further. The WSA is unique in offering its members a chance to join an international community and identity, free from any states. While radical, this can be seen as an optimistic solution to the current border hegemony and a reflection of the impact of globalisation on international identities. Gone are the days that the border we belong to dictates our whole identity. In today’s internet age and other mass information sharing, our identities have fractured across the globe, divorcing themselves from their place of origin.

States no longer have the monopoly over our identities; no longer do the borders that constitute them have any true power over our group identity. The WSA truly offers a reflection of our multi-faceted identity. It is fundamentally a proposal for the international system to supersede the antiquated border system that is no longer appropriate for today’s political community. Of course, a total destruction of borders is unlikely to the point of impossibility. It would require the removal of the structure of the international system that has existed for generations.

The WSA does, however, offer an appropriate and optimistic alternative to the arbitrary system. A chance to join the international community we feel part of but does not formally exist – yet. While this is going to be a long process and one that is being complicated by the resurgence of nationalism globally, the WSA also offers a subtle way to express political grievances through identity. Many members, including Mos Def, choose to adopt the World Passport to show their personal fracture with their home state which, for many varied reasons, no longer – or never did – represents their true identity. The WSA is both the reflection and solution of the new global fracturing of identity against the traditional and outdated border system.

Parkland: No longer ignoring the price of easy gun access 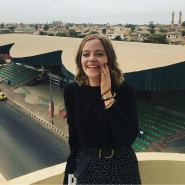 Have we got Brexit done now? Not just yet.

Is the EU burning bridges as a result of the disaster in Genoa?

‘Project Fear’ seems to mean nothing and everything

No apology: why has the pope refused to apologise to Canada’s indigenous peoples?