There is a land, somewhere, that had a minority government. Its Parliament was plagued by indecision and a frustrating lack of consensus. The people, electorally fatigued and praying for a solution, headed to the polls again this winter to see if a fresh general election could break the deadlock. It is, of course, Spain.

Spain held its fourth general election in four years on November 10, after Pedro Sánchez, Spain’s socialist Prime Minister, could not strike a deal with Pablo Iglesias’s Podemos, the major far-left party in Spain. Sánchez had been riding on a polling crest in May, achieving 33% in the European elections. A very different story, however, played out on Sunday. Rather than gaining support, the Socialists (PSOE), lost three seats while Podemos lost seven. The bitter factionalism between PSOE and Podemos and their inability to form a coalition has led an electorally fatigued public to turn towards the right. The Conservative Partido Popular (PP), who were facing an all-time low as recently as May, have gained twenty-two more seats. Slightly more worrying is the presence of Vox, a neo-Francoist party, in the new Cortes. Founded a little more than a year ago, they now have fifty-two seats – almost double their last total – as well as being the most popular party in Murcia. Spain sits at a crucial crossroads in its political journey, trying to take a more central role in European politics whilst attempting to hold onto Catalonia at all costs. Yet the Spanish left’s inability to compromise and work together has opened the door for a far-right that threatens the country’s democracy.

At an even more existential moment in Britain’s history, Labour, the Liberal Democrats and the Scottish National Party look to experience mixed fortunes in the upcoming general election on December 12. The SNP are predicted to return to their Westminster hegemony of 2015, whilst the Liberal Democrats are predicted to win a handful of seats in December. For Labour, however, the polls looks grim, with aggregated polling showing them in the high twenties, at least ten points behind the Conservative party. Of course, options can and do change during a campaign, but it looks highly unlikely that they will repeat the swing of the 2017 campaign, let alone win a Commons majority.

These are unprecedented political times for the UK but, after ten years of a Conservative government, particularly in the wake of a brutal period of austerity, the Tories should not be polling above 35% in an electoral cycle. Since the start of the general election campaign, Labour and the Lib Dems have seemingly dedicated more time to taking votes away from each other rather than dealing with the larger issue at hand. Jeremy Corbyn relies on hard-left loyalists within his own party, and thinks that blaming the Lib Dems for the austerity programme of the coalition government is an easy way to ensure this leftist support. For Jo Swinson, the influx of ‘radical remainers’ into the Lib Dems has given her party a boost in the polls since their 2015 rock bottom. These new members are deeply mistrustful of Corbyn and his Eurosceptic roots.

Despite the Tories’ polling lead, they are not necessarily ensured victory. Even in Johnson’s seat of Uxbridge and South Ruislip, polling suggests that one candidate supported by Labour, the Liberal Democrats and the Green Party, would defeat the Prime Minister. The news that Nigel Farage has ruled out standing candidates in Tory seats also provides an urgency for a remain alliance. The Leave vote is no longer split. The Liberal Democrats, Plaid Cymru and the Green Party have announced a ‘Unite to Remain’ coalition in certain seats. This will prove ineffective, however, without support from Labour and the SNP.

This scenario is set to play out in a large number of seats across the country. A divided Remain vote only leads to a harder Brexit. In Spain, Sánchez and Iglesias have been punished for their inability to work together, to the advantage of the right. The effects in Spain, which uses the proportional D’Hondt voting system, are likely to be far less serious than in a first-past-the-post British election.

Whilst pluralism is key to any democracy, these are extraordinary times. Through failing to work together and to use first-past-the-post to their advantage, Labour will have facilitated another electoral cycle of austerity, and the Lib Dems will have facilitated Brexit; the only solution is compromise and cooperation.

This election I will vote for the SNP... But I don't want to! 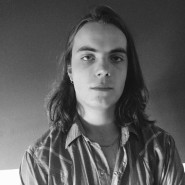 The diverse classics series: A half-cooked but salvageable step in the right direction

Barbados and the withering away of the British Monarchy

Contradictory national feeling in Jordan can be explained by ‘ketman’

Egypt is a place of despair, fear and tension